The answer is no in Ontario.  Currently, only a limited number of Canadian provinces (Quebec, New Brunswick, Nova Scotia, and Saskatchewan) will allow a policy holder to sell his/her insurance policy to a third party.

According to Tyler Wade’s article on ratehub.ca, the practice of selling one’s own insurance policy was popularized in the U.S. when investors saw the AIDS epidemic in the 1908’s as an opportunity where they could offer those suffering from AIDS a payout during their lifetime in exchange for the death benefit in their policies believing, then, that this group of individuals had a shorter life span.  The vulnerability of the individuals within this market group and the potential for financial abuse are often cited as the reasons why life settlements ought to be prohibited for public policy reasons.

In Ontario, life settlements are prohibited under section 115 of the Insurance Act, as follows:

115 Any person, other than an insurer or its duly authorized agent, who advertises or holds himself, herself or itself out as a purchaser of life insurance policies or of benefits thereunder, or who trafficks or trades in life insurance policies for the purpose of procuring the sale, surrender, transfer, assignment, pledge or hypothecation thereof to himself, herself or itself or any other person, is guilty of an offence.”

In 2017 and 2018, there was an attempt to legalize life settlements by amending section 115 (through Bill 162) and by amending the Act to allow third-party lenders to use life insurance policies as collateral (through Bill 20).  Both Bills received opposition from non-profit groups like the Canadian Life and Health Insurance Association due to the potential for financial abuse and section 115 of the Act has remained as is in Ontario.

While it is difficult to comment on how the potential for financial abuse can be mitigated by implementing countermeasures, it is unfortunate that Ontarians have limited options once the policy is in place.

Earlier this year, we argued the appeal in Moore v Sweet before the Supreme Court of Canada.  On Friday, the Court released its decision, which has provided what, in our view, was necessary clarification of the juristic reason component of the test for unjust enrichment.  The Supreme Court has also confirmed the circumstances in which a constructive trust remedy is appropriate within the context of unjust enrichment.  Our firm was pleased to argue the appeal at the Supreme Court in February 2018 and to learn on Friday of our client’s success in the reversal of the split decision of the Ontario Court of Appeal.

At the application hearing, Justice Wilton-Siegel awarded the appellant the proceeds of the life insurance policy on the basis of unjust enrichment.  The respondent was successful in arguing before the Ontario Court of Appeal that the designation of an irrevocable beneficiary under the Insurance Act was a “juristic reason” that permitted what was otherwise considered the unjust enrichment of the respondent at the appellant’s expense.  The appellant was subsequently granted leave to appeal to the Supreme Court of Canada.

Justice Coté, writing for the Majority, agreed that the test for unjust enrichment was flexible and permits courts to use it in the promotion of justice and fairness where required by good conscience.  The Court clarified that the juristic reason permitting an unjust enrichment needs to justify not only the enrichment of one party but also the corresponding deprivation of the other party.  While the irrevocable beneficiary designation may have required the payment of proceeds for the policy to the respondent, it could not be considered as also requiring the appellant’s deprivation of the proceeds to which she was entitled under the oral agreement.  The Court found that a designation of an irrevocable beneficiary under the Insurance Act precludes claims by creditors of an estate, but it does not state “with irresistible clearness” that it also precludes a claim in unjust enrichment by a party who has a contractual or equitable interest in the proceeds.

While reaching the opposite result, the dissent acknowledged that this was a difficult appeal, in which both parties were innocent and had strong moral claims to the proceeds of the life insurance policy.

We thoroughly enjoyed the opportunity to argue this case before the Supreme Court of Canada earlier this year and look forward to following the role of this decision in further developments in the Canadian law of unjust enrichment.

Beneficiary designations for a life insurance policy can be an important estate planning tool. However, as with any testamentary document or disposition, questions can arise about the insured’s actual intentions after death.

In the recent decision of Sun Life v Nelson Estate et al., 2017 ONSC 4987, the Court was asked to resolve such an ambiguity by considering the validity of an insurance declaration under the deceased’s Will and the validity of a change of beneficiary designation on file with the insurer.

Juanita (the “Deceased”) died in December 2009. The Deceased was entitled to group life insurance coverage with Sun Life in the amount of $148,500.00. Following the Deceased’s death, Sun Life deposited the proceeds of the policy into Court. The Deceased’s two children (the “Respondents”) brought a Motion for a declaration that they were solely entitled to the proceeds.

Beneficiary Declarations Under the Insurance Act

In 2007, the Deceased’s employer’s group policy with Sun Life was terminated and transferred to Desjardins Financial Security (“Desjardins”). The Deceased completed an application for enrolment and an irrevocable beneficiary designation in favour of the Respondents. She also advised her financial advisor that she had changed the beneficiary for the policy from Justin to the Respondents.

However, after the Deceased’s death, it was discovered that her coverage had remained with Sun Life instead of being transferred to Desjardins because she was disabled at the time of the transfer. As a result, there were two beneficiary designations in the Deceased’s file.

The Deceased’s Last Will and Testament also included a beneficiary declaration that directed the “proceeds of the insurance policy” to be held in trust for the benefit of the Respondents. The term “insurance policy” was not defined in the Will, and the Deceased was insured under two policies at the time of her death.

In the result, the Court held that the change of beneficiary designation form was valid within the meaning of section 171(1), and ordered that the proceeds be paid out to the Respondents equally.

Thank you for reading,

Taking Out Life Insurance on Another Person’s Life

Life insurance is a common estate planning tool, whether it may be engaged to increase the assets available to beneficiaries, to assist in equalizing inheritances received by multiple beneficiaries (for instance, when one child will receive an interest in a family business and other assets are not available to leave an equal benefit for other children), or to fund specific types of expenses that will become payable upon death.  While the owner of a life insurance policy is more often than not the person whose life is insured, this is not always the case.  In Canada, in order to purchase a life insurance policy on another person’s life, the policy owner must have an “insurable interest” in the policy subject’s life.  Canada’s Insurance Act defines an insurable interest as follows: 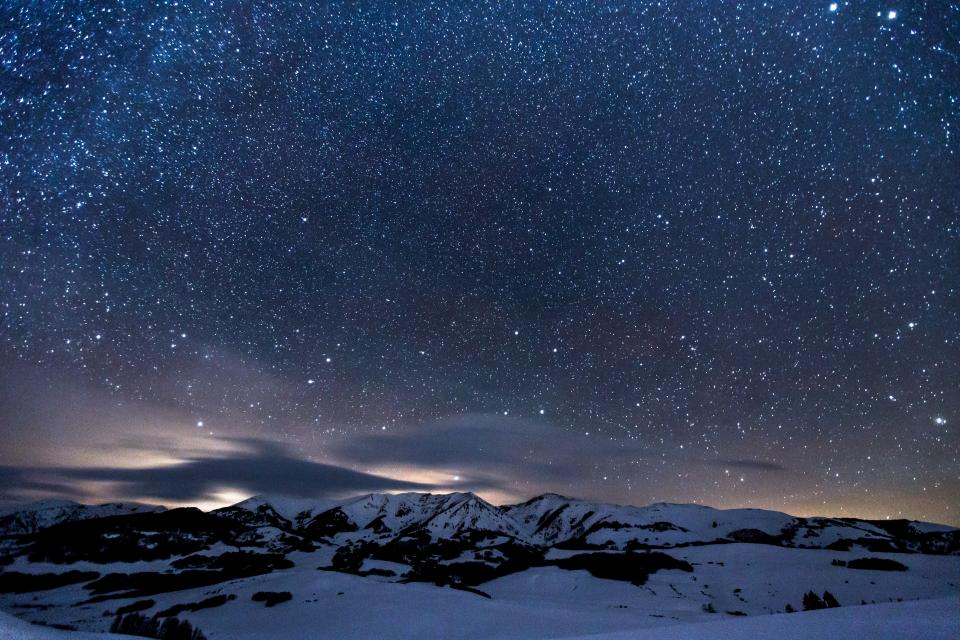 (a) in the case of a primary person who is a natural person, in his or her own life and in the lives of,

(b) in the case of a primary person that is not a natural person, in the lives of,

Other jurisdictions similarly allow individuals or companies to take out life insurance policies on the life of another on the basis of an insurable interest in certain circumstances.  As David Freedman mentioned in his recent blog post, Disney had a life insurance policy worth $50 million in American funds on the life of Carrie Fisher as one of the stars of the Star Wars franchise, which Disney purchased in 2012 for $4 billion.  This is reported to be the largest ever payout of a life insurance policy of this kind.
There is much speculation with respect to how Disney will fill the void left by Fisher’s death in the final entry in the current Star Wars trilogy (Fisher had apparently finished filming for Episode VIII prior to her passing).  Some suggest that the script for the following installment will be drastically re-written as a result of Fisher’s absence.  Others have referred to the posthumous appearance of Peter Cushing in Star Wars: Rogue One (I personally had no idea that it was not the original actor himself until I read Suzana’s blog on the topic) in support of the potential to use CGI technology to allow Princess-turned-General Leia Organa to appear again in Episode IX.  As done with Cushing in Rogue One, Disney could, in theory, digitally impose Fisher’s face onto another actor’s body.  In any event, the life insurance proceeds payable to Disney will no doubt assist in offsetting any loss that it will suffer as a result of Carrie Fisher’s untimely passing.

Have a nice weekend.

Other articles that you may enjoy reading:

Tupac or Not Tupac: That is the Question

How Can Life Insurance Supplement an Estate Plan? 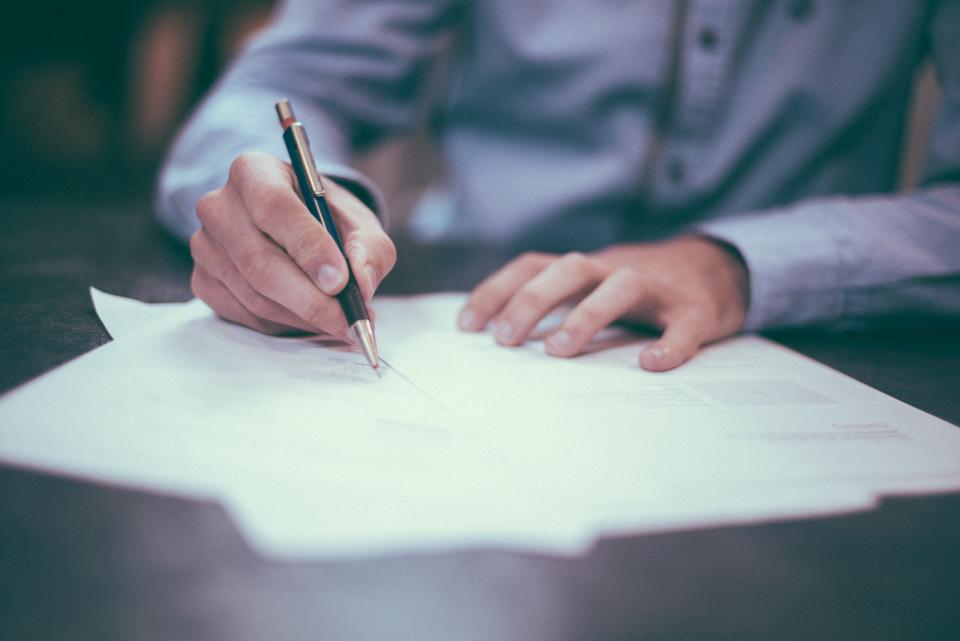